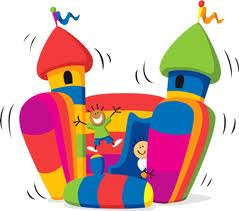 Thinking of hiring a bouncy castle for your child this summer, you may end up with a personal injury claim against you.

Summer is a time when we want to get out in the garden and relax and have fun and what better way of making the kids happy than to hirea bouncy castle and having friends and family round.

Well we don't want to be a killjoy but we would ask you to be careful otherwise you could end up with your child sustaining a nasty personal injury but with you being unable to bring a claim for personal injuries.

In the case of Harris v Perry & Perry 2008  Sam Harris, who was 11 years old at the time of the accident, had been playing on a bouncy castle set up in a field behind the home of Catherine and Timothy Perry. The Perrys had hired a bouncy castle and a bungee run for their triplets' birthday party. Sam, who was passing with his father, asked Catherine Perry if he could join in.

Whilst on the bouncy castle Sam was kicked in the head by a 15-year-old boy doing a somersault. Sam's skull was fractured and he suffered a very serious and traumatic brain injury. As a result, he developed severe behavioural problems and requires round the clock care.

Initially the High Court agreed that the Defendants had in fact been negligent, however this decision was overturned by the Court Appeal, it was eventually referred to the House of Lords who supported the  Court of Appeal's decision confirming that the defendants were NOT negligent.

For full details of the case please go to http://www.bailii.org/ew/cases/EWCA/Civ/2008/907.html

This article is for information purposes only and should not be
Posted by Affordable Law For You at 07:08:00