Important changes to the Intestacy Rules

Intestacy Rules have changed you need to read this article.

Wills and inheritance: how changes to the intestacy rules affect you

The laws dividing your assets if you don’t have a will change radically on 1 October – but common-law partners still get nothing. We report on the winners and losers
The biggest overhaul of laws governing what happens to someone’s money when they die without a will come into force on 1 October – and “common law” partners may be shocked to discover they still have absolutely no protection, while the children of married partners may find they are in line for less than they thought.
If someone dies without a will, there is a set of intestacy rules that determine who gets what. The rule changes won’t affect people who die with less than £250,000 in assets. But for those with more – and there’s a growing number following the explosion in house prices – it could have a crucial impact on the people they leave behind.
Ahead of the changes, many lawyers were pressing for the partners in unmarried relationships to have rights over their deceased partner’s estate if they had lived together for five years. Under current rules, co-habitees have no automatic right to receive a penny – regardless of how long they have lived together or even if they had children.
But the rules are staying the same: co-habitees get nothing. “One of the initial proposals that was not included in the agreed changes was to include co-habitees in the intestacy rules to reflect living circumstances in today’s society,” says James Antoniou, head of wills for the Co-operative Legal Services. “This would have seen a co-habitee treated like a spouse if they had been living with the deceased for at least five years up until death, or if they had children together and had been living together for at least two years up until death.”
So it remains the case that the only way to ensure that part, or all, of your estate will go to your partner is to marry them, or make a will.

New rules mean the chances of parents getting a slice of the cash have been swept away; the surviving spouse gets all

So what does change from 1 October?
The biggest change is for married couples and civil partnerships without children. Under the old rules, if a spouse died intestate and there were no children, then the first £450,000 of the estate, plus half of the rest, went to the surviving spouse. The other half was split between the deceased’s blood relatives – which often meant the money went back to the parents.
For example, John is 52 and dies suddenly from a heart attack, leaving £750,000. Under the old rules, his wife Mary would have received £600,000 – made up of the first £450,000 plus 50% of the rest, or £150,000. Let’s say John’s father has also died, but his mother is still alive. She would get the remaining £150,000.
But under the new rules, the chances of parents or more distant relatives getting a slice of the cash on death, have been swept away. From 1 October, the surviving spouse will receive the whole lot, and parents and long-lost aunties won’t see a penny. In the example above, Mary will take the entire £750,000.
There are also some important changes to what happens if a married/civil-partnered couple have children. Under the old rules, the married partner took everything up to £250,000, with a complicated system for sharing out anything above that. Firstly, the children would receive half of the balance above £250,000 immediately (or held in trust to the age of 18). Secondly, the other half would also go to the children, but the surviving spouse would also have a “life interest” in the money while she remained alive. The life interest meant he or she could take income from the money, but not the capital.


But from 1 October, the life interest concept is abolished. The surviving married partner will take all of the first £250,000 and then be fully entitled to half of the remainder. All the children will get is half of anything above £250,000 – and have to wait until 18 years old to get their hands on it.

The new rules also eliminate a legal anomaly that affected adopted children. Under the old rules, if someone died leaving a child under the age of 18 who was subsequently adopted by someone else, there was a risk that the child would lose their inheritance from their natural parent. The new rules have closed that anomaly, so that there is no longer a risk of a child losing their inheritance if they are adopted after the death of their natural parent .
The definition of what is personal property or “chattels” also changes from 1 October. Under the old rules “chattels” had an archaic and arguably ambiguous definition, which included “carriages”, “linen” and “scientific instruments”. Under the new rules “chattels” are now defined as anything that is not monetary, business assets or “held as an investment”. But this does not mean total clarity, Antoniou predicts.
“There will be disputes over what is meant by ‘investment’,” he says. “People see investments as different things, and where there are collectable items of value in an estate, there may be a dispute over whether they pass to the new spouse as ‘chattels’, or form part of the estate that the children from a previous marriage might inherit as an ‘investment’.”

Then and now – the changes

Married/Civil Partner, no children
Before 1 October 2014
£450,000
First £450,000 plus half of the rest goes to the spouse, remaining 50% to the blood relatives (parents, nieces, etc).
Example Husband dies leaving £750,000. Wife receives £600,000. The husband’s father has died, but his mother is still alive. She receives remaining £150,000.
After 1 October
Whole estate
Entire estate goes to spouse/civil partner.
Example Husband dies, total estate £750,000.
Wife: Receives £750,000.
Husband’s mother: Receives nothing.
Married/Civil partner, with children
Before 1 October
£250,000
First £250,000 goes to the spouse with half of the rest going to the children and the remainder going to them when the spouse dies. But while alive, the spouse keeps a ‘life interest’ in half the money above £250,000 which lets them spend the income, but not touch the capital.
Example Husband leaves £450,000. His wife receives £250,000. The remaining £200,000 goes to his sole child.
But his wife keeps a “life interest” in this money.
After 1 October
£250,000
First £250,000 plus half of the rest goes to the spouse. The remaining estate goes to the children. The ‘life interest’ rule disappears.
Unmarried couple, no children
Before 1 October
£0
Partner receives nothing.
The entire estate goes to the deceased’s blood relatives. First in line are parents, then siblings, then nieces and nephews.
Example John dies, total estate £200,000. Partner of 20 years, Susan, receives nothing. John’s parents have died, and his one brother, Jeff, has also passed away. Jeff had one child, Clare, who John barely spoke to. Clare receives all the money.
After 1 October
£0
No change. Partner still receives nothing­ if there’s no will. There is no such thing as “common law” protection, no matter how long the partners have lived together.
Unmarried couple, with children
Before 1 October
£0
Partner receives nothing. The person is treated as if they are single.
Example John has a son, Jack, from an earlier marriage, but is going out with Susan, who has a daughter, Jill, from her former partner. If John suddenly dies, Jack inherits the lot while Susan and Jill get nothing.
After 1 October
£0
No change. The parents are treated as single people – with the estate going entirely to blood relatives, with children­ first in line.
Posted by Affordable Law For You at 18:20:00 No comments:

Your Rights at Work

http://www.ageuk.org.uk/Documents/EN-GB/Information-guides/AgeUKIG33_Your_rights_at_work_inf.pdf?dtrk=true
Posted by Affordable Law For You at 11:55:00 No comments:

This is a complex and difficult area of law which has been founded on  policy rather than legal principle and has had to adapt as more cases have come to the fore.  The Supreme Court’s most recent comments in the case of  Various Claimants v Catholic Child Welfare Society indicates that change in this area continues and the Judges in that case indicated as stated below what the Court will consider when dealing with a claim for vicarious sex abuse historically or otherwise.  In that case they stated as follows:-

"The relationship that gives rise to vicarious liability is in the vast majority of cases that of employer and employee under a contract of employment.  The employer will be vicariously liable when the employee commits a tort in the course of his employment.  There is no difficulty in identifying a number of policy reasons that usually make it fair, just and reasonable to impose vicarious liability on the employer when these criteria are satisfied

i) The employer is more likely to have the means to compensate the victim than the employee and can be expected to have insured against that liability;

ii) The tort will have been committed as a result of activity being taken by the employee on behalf of the employer;

iii) The employee's activity is likely to be part of the business activity of the employer;

iv) The employer, by employing the employee to carry on the activity will have created the risk of the tort committed by the employee;

v) The employee will, to a greater or lesser degree, have been under the control of the employer."


For further information on the latest approach by the Courts to vicarious sexual abuse please read the the full Judgment of the above case http://www.bailii.org/uk/cases/UKSC/2012/56.html

THIS ARTICLE IS FOR INFORMATION PURPOSES ONLY


Okay for those of you with disabled children or know anyone with a disabled child this Bedroom Tax case reported by Nearly Legal makes very interesting reading.  In short a bedroom had been adapted for a disabed daugher into a sensory room, the landlord had assisted in those adaptations and evidence was provide by the Occupational Therapist who was assigned to the disabled daughter.  The Courts found for the mother because the room had been adapted for 10 years and there was supporting evidence from the OT.  To read the full decision go to http://nearlylegal.co.uk/blog/wp-content/uploads/2014/06/RUNCORN-SC-121-14-00106-SOR.pdf
Posted by Affordable Law For You at 18:16:00 No comments:

APPEALING AMOUNT OF RENT UPON TAKING UP ASSURED OR SHORTHOLD TENANCY 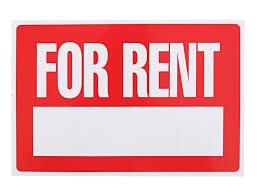 If you consider you rent is too high at the commencement of your shorthold or assured shorthold tenancy, you can appeal to a tribunal by filling in and sending off an application for determination of rent form which you can find at http://hmctsformfinder.justice.gov.uk/HMCTS/GetForm.do?court_forms_id=3095,  You will need to send it to your regional Residential Tribunal Office  You must apply within 6 weeks of moving in.


This is for information purposes only
Posted by Affordable Law For You at 15:34:00 No comments:

Challenging your Landlords Rent Increase to your Shorthold/Assured Shorthold Tenancy

If anyone out there is having a dispute with the Landlord over a rent rise remember you can make an Application to the Tribunal for Determination of a Rent under an Assured Shorthold Tenancy just complete a form which can be found at http://hmctsformfinder.justice.gov.uk/HMCTS/GetForm.do?court_forms_id=3095


This is for information purposes only
Posted by Affordable Law For You at 15:23:00 No comments: